Asian operator group Axiata is reportedly considering the acquisition of a holding in the Vietnamese state-owned operator MobiFone.

With talks underway regarding MobiFone’s imminent privatisation, Axiata’s head of corporate development has met with the Vietnamese deputy minister of information and communications.

MobiFone meanwhile is the number two operator in Vietnam with a market share of 32%, putting it behind military-operated Viettel which hosts 45% of the country’s 128 million subscribers. MobiFone split from fellow state-owned operator VNPT in June, and was ordered to submit a plan for an IPO by the end of 2014. It was valued at $3.4 billion by Ho Chi Minh City Securities.

Overseas firms will not be able to acquire a majority holding in MobiFone once it goes public, but they will be able to hold up to 49% of the business. VNPT meanwhile is allowed to hold a stake of up to 20%.

Norway’s Telenor has notified Vietnam’s Information and Communications Ministry of its interest in acquiring a controlling stake in MobiFone, while local operator Comvik International Vietnam is also keen. Other firms – including Vodafone, SingTel, Orange and Deutsche Telekom – expressed an interest when the idea of an IPO was floated in 2006.

The ministry is still holding consultations regarding the privatisation process and will make its final proposal later in the year. 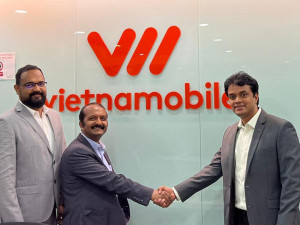