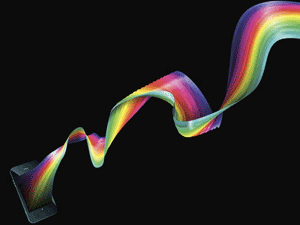 The UAE has become the first country in ITU Region 1 – covering Europe, the Middle East and Africa – to use spectrum in both the 700MHz and 800MHz bands for mobile broadband.

The country’s regulator noted that the move will enable the country’s operators to save money on network deployments, with H.E. Majed Al Mesmar, deputy director general for the telecommunications sector, noting: “The UAE is predicting a rising demand for global harmonisation of the APT 700 MHz band benefiting in the growing ecosystem of devices from Asia Pacific across the Middle East and Africa, through to Latin America.”

The Asia Pacific 700MHz band (APT700) has a lower duplex than the 800MHz band used for Europe, the Middle East and Africa. By combining the lower portion of the APT700 band with the other band, mobile operators will be able to use it as a “base line” which can then be added to with an additional 2 x 10 MHz, allowing for improved efficiency.

The GSMA’s chief government and regulatory affairs officer Tom Phillips expressed the organisation’s support for the decision, saying: “Combining the 800MHz band plan for Europe, Middle East and Africa with the lower portion of the Asia Pacific (APT) 700MHz band is a significant step forward.”