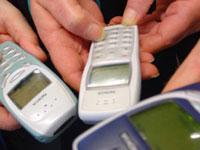 The Arab Advisors Group has been reviewing mobile use in Bahrain. Almost one in six citizens using a mobile feels the need to possess two or more mobiles - reflecting personal and business use.

The survey report, Bahrain Cellular Users Survey 2008, has 239 detailed exhibits and 151 pages and provides the results of a major comprehensive survey of the cellular usage patterns and habits of the population in Bahrain. The survey fieldwork was conducted in August 2008; the survey was concluded by the Arab Advisors Group on September 22.

"This face-to-face survey revealed that 15.7% of cellular users own more than one mobile line: 53.5% stated that the reason for owning more than one line is the need to separate their business lines from their personal lines," noted Issa Goussous, Senior Research Analyst of Arab Advisors Group.

"38.9% of mobile users in Bahrain stated that they had changed mobile operators before. In addition, while 32.4% of cellular users stated that they would consider changing their mobile operators, users of Batelco and Zain reported high satisfaction levels with their service providers. 91.9% of Batelco's subscribers (and 89.1% of Zain's subscribers) were either satisfied or very satisfied with the operator's services. It must be noted that the small difference between the two operators is negligible as it lies within the survey's margin of error." Ms Danya Nusseir, Arab Advisors Research Analyst said.

Arab Advisors Group's survey involved face-to-face interviews with 550 respondents from different households in Al Manamah, the capital, Al Janubiyah, Al Muharraq, Al Wusta and Al Shamaliyah, selected randomly in a manner proportionate to the estimated population size of these areas. Respondents were 15 years old and above, and were cellular service users.

This survey provides deep insights into the telecom usage patterns in Bahrain. The random survey has a 99% confidence level with a less than 6% margin of error. Arab Advisors Group divided the survey questionnaire into two main sections: telecommunications and media.