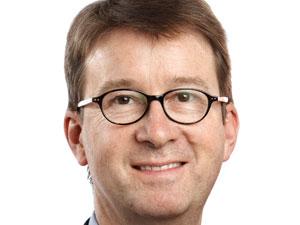 Stephen Carter, Executive Vice President and President of the EMEA region of Alcatel-Lucent has called for the South African government to implement a new and robust ICT policy in the country.

During a recent visit, Carter said he sees big potential in the future of fast and reliable connectivity for all in South Africa. This is, however, dependant on the implementation of a robust ICT policy by the government.

Carter says that he believes connectivity is a contributor to social equity, social cohesion and social fairness. “It’s vital that a country’s broadband policy is viewed second, only to economic policy. It is a domestic issue and is primarily determined by local circumstances.

"It is significantly influenced by history, by geographical topology, population density and distribution in addition to local cultures and conventions,” comments Carter. “South Africa can learn from international examples, but there is ultimately no blueprint to follow. I believe that Broadband policy has to have a domestic focus”.

Carter's experience in the field is notable. A former minister in the British government for the Communications, Technology & Broadcasting Sector, he was the author of the Digital Britain Report, and the follow on Digital Economy Act 2010.

These documents have made a major impact on the regulation of the communications field in the UK.

In addition, Carter was the founding chief executive of Ofcom, the UK Communications Regulator, as well as being a former Managing Director of NTL an early challenger to BT in the UK operator market. This puts him in the rare position of having worked on all sides of the regulatory fence - regulator, government, operator and vendor.

Carter is of the opinion that there are three reasons why a country needs to have a public policy in ICT: “One is what I call social equity. All children should have access to the same level of education. All citizens should have equal access to health provision and health awareness.

"One person’s opportunities for employment should not be better than another. All these elements of social equity are linked to connectivity and access to connectivity should be for all.”

Secondly, Carter believes that ICT is the ultimate industry horizontal that necessitates a comprehensive ICT policy. “In every business I come across, there is a network or IT director. Whether it’s a small business or a large business, connectivity really makes business work. It allows you to transmit information, make decisions, operate in multiple time zones, deliver service opportunities to your customers, keep up to date, plan and reduce costs.”

He continues to say that if there isn’t a competitive connectivity infrastructure in the planning of a country’s economy, the country will lose out. ”Companies and individuals will decide on head-office location and expansion based on infrastructure, in a similar way to how decisions used to be based on transport accessibility and reliability.”

The third reason to have a policy in place is that it’s a very efficient multiplier. “It’s a bit like leveraged capital: If you have connectivity at the right scale and quality, your ability to get an economic multiplier effect is greater than that of your competitor.”