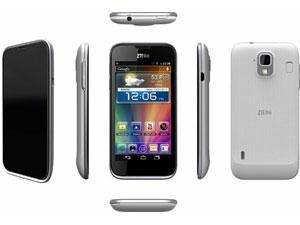 ZTE has launched its latest smartphone in Turkey, marking the first time that a model in its Grand series has been made available outside China. The 3G ZTE Grand X is a dual-core model featuring a 4.3-inch screen.

“The Grand X has features that make it stand out from the crowd at a price point that will be extremely competitive, putting mid to high-end smartphone capabilities within the reach of millions more people,” said ZTE EVP and head of the Terminals Division Mr. He Shiyou.

“The global success of the ZTE Blade and Skate Android smartphones over the last 18 months has helped ZTE become the No. 4 handset manufacturer in the world,” Mr. Shiyou said. “Our many handsets at the smartphone entry level and now the Grand handsets in the mid and high level of specifications mean ZTE now covers every price and feature level with world-leading handsets at world-beating prices.”

“We continue to build our channel capabilities around the world to deliver ZTE-branded devices to a global audience, and are bringing on new business partners every day. This launch in association with Turkey’s leading handset distributor, KVK, is the first step in the roll-out of this strategic smartphone range across Europe, Asia and the USA,” Mr. Shiyou concluded.