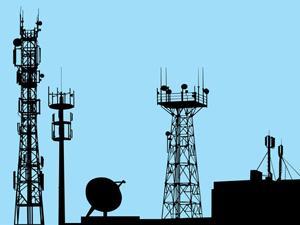 Data consumption has risen dramatically across the globe following the widespread availability of 3G, and with LTE deploying worldwide this trend does not look set to slow. However, operators in many emerging markets are having difficulty supplying the requisite capacity. Fortunately, innovative new backhauling techniques are emerging as a means of addressing this issue.

In the next few years, there will be a multiplication of cell sites compared to the traditional macro cells currently deployed in networks. The majority of metropolitan areas currently have fairly high cell site density, particularly in developed markets, but this is increasingly becoming the case in emerging markets. In London for example, three years ago a single operator would have around 130 cell sites in a 1km radius, but this type of density is now becoming prevalent in fast-developing markets such as India.

With the rising number of cell sites, it becomes essential to keep costs low while providing enough capacity – and micro-cells are fast emerging as a means of doing this. Micro-cells are essentially normal, macro cell sites but because of the frequencies they use, each cell’s range is fairly low. Therefore, more cells are required to achieve widespread coverage. Newer small cells – traditionally known as pico cells or outdoor femtos - are low-power units with a very small form factor, and can be installed at a relatively low cost (US$2500-3000). These are typically being deployed in countries where LTE is being rolled out – they are able to provide capacity in localised hotspots.

According to Shayan Sanyal of wireless solutions provider Bluwan, most operators will see a ratio of 6:8 micro/pico cells to the one macro cell sites by 2015 - therefore, if within a 1km radius an operator had 4 or 5 macro cell sites, by 2015 there would be around 40 small cells in the same area. The demand for new capacity within the network means that the industry is trending towards low-cost, easy to install cells.

This timeframe is dependent on backhaul – having the access layer is not the issue. Within a 1km radius, there will be around 130 cell sites - divided into four quadrants, this averages out at around 35 cell sites per quadrant. If each of these cell sites requires 100Mbs bandwidth, then 3.5Gbps of capacity is required for 35 cells.

There are several possibilities for backhauling, including fibre, point-to-point microwave, e-band spectrum and point-to-multipoint.

Fibre is increasingly being ruled out due to the logistic difficulty of extending the infrastructure to an ever-expanding number of base sites. It is more feasible to install fibre at macro sites and use these as the aggregation points for the small cells – however, this requires a last-mile solution.

Point-to-point creates other issues: many operators in emerging markets don’t own their infrastructure, instead leasing space on towers for microwave dishes. This is extremely expensive, particularly considering that each link requires equipment at both ends; a 35-cell quadrant would cost around US$50,000, meaning that an operator would spend over US$200,000 per month on site rental costs – without considering the cost of the spectrum.  While e-band can operate within much higher frequencies, it has the same issues as point-to-point.

Point-to-multipoint addresses the site rental issue by using one radio to backhaul a large number of cell sites. However, these are only currently able to provide around 150Mbs for a quadrant using traditional technology – with cell sites typically requiring 100Mbs, this amounts to backhauling one-and-a-half PMP radios at peak. Advocates would argue that operators should backhaul for mean rather than peak, allowing bandwidth to be re-allocated to other sites during peak time, but even this method would not allow a satisfactory number of cell sites to be backhauled.

“Point-to-multipoint is a great concept – with one radio binding all the cells, operators can save a lot of money on site rental costs and installation time”, says Sanyal. “We have a solution which can deliver 2Gb per second on a sector, or 2000Mbps. This is around 13 times more capacity. It’s therefore possible to reach 20 cell sites using 1 radio – so only 2 radios would be required for a quadrant.”

This would therefore mean that a 35-site quadrant would requires 37 pieces of equipment rather than 70 – just two additional radios to backhaul all sites. This is obviously advantageous in terms of installation; although new small cells will be added to a network every month or so, installation is single-ended. It is therefore not necessary to have a team at the hub end working with another team at the remote end, meaning less human capital and a faster time to market.

“The antenna is contained within the compact radio unit, allowing it to be easily installed anywhere”, notes Sanyal. “The solution takes the elegance of a point-to-multipoint ‘tree branch’ architecture, which saves money on the tower space, but it also uses millimetre waves to gain the additional capacity.”

Although this kind of technology can provide a massive boost to capacity, it is essentially limited to urban areas by its range – around 1km. This is sufficient for developed areas with numerous cell sites, but is not suited –for example – to developing countries which are only just rolling out 3G. Early 3G infrastructure does not feature enough cells to capitalise on the use of small cells, but many countries in Africa are seeing the density of their cell sites increase, particularly in urban areas.

However, there are lesser-known means of backhauling rural areas as well. While remote backhaul often uses satellite bandwidth, these solutions usually employ the C-band – and the cost of this can be prohibitive.

A far cheaper alternative, claims Steve Yablonski of Globecomm, is the Ka-band. With capacity that can be between 10 and 100 times that of a C-band satellite, the associated costs of using a Ka-band satellite are correspondingly lower.

Terrestrial bandwidth is incrementally free, but satellite bandwidth does not scale in the same way. Now, carriers are having to adapt how they sell bandwidth due to the soaring demand. Delivering bandwidth into a mobile device can cost anywhere between a few dollars to US$20. Typically, satellite bandwidth delivery would be at the upper end of this scale, but it is possible to deliver bandwidth cost effectively using satellite backhaul.

Ka-band systems typically use a geostationary satellite, and are designed to deliver data at an acceptable price point to places that a terrestrial network would not easily be able to reach. LTE is a pure packet structure, so it is relatively easy to move LTE data by satellite. The technology is designed for very low latency, and can deliver this to the user with terrestrial backhaul. While it is impossible to overcome the inherent half-second latency of a geostationary satellite, it is possible to overcome the inefficiencies that this latency would cause.

The delivery system is very simple – an LTE cell could operate from a one-metre antenna in an extremely remote location. This means that there is a lot of potential for the tech in under-developed rural areas.

Despite this, the use of Ka-band delivery in such areas is currently low due to the realities of the handset market in many emerging markets - while it costs far less to establish a site, and to move data over the bandwidth, devices themselves are typically expensive and are rarely given away by the carrier. Nonetheless, phones that are even one generation old are now very cheap as people are keen to obtain the latest tech – therefore, compatible devices could soon become commonplace.

Yablonski notes: “many emerging markets do not currently have the demographics to support a lower amount of data delivery – ARPU would be too low. However, there is definitely demand from these areas. In particular, expatriates are keen to set up businesses which can connect back to their indigenous countries – Globecomm currently has a project underway in Somaliland which is catering to this demand.”

The capital required to deliver a broadband LTE cell to an extremely remote location would be far less than that required to deliver a GSM cell – in addition, the cost of bandwidth and voice utilisation via VoIP would be a lot lower. It makes financial sense for operators to backhaul remote regions using the Ka-band – but this will require a greater spread of compatible devices.

The expected influx of low cost smart phones in emerging markets during the next few years will lead to exponential growth in the demand for data in these markets. Network operators and service providers will need to deploy a wide range of technologies to increase the availability of bandwidth if they are to meet customer expectations.

Affordability will be a key factor in determining which solutions are ultimately adopted widely in emerging markets, alongside the ability to deliver the necessary backhaul capacity. Innovations such as those described here have the potential to become a key part of the solution.